The standard argument from center-right economists against labor unions is that they are a form of collusion: Producers are coordinating and intentionally holding back from what would be in their individual self-interest in order to gain a collective advantage. And this is basically true: In the broadest sense of the term, labor unions are are form of collusion. Since collusion is generally regarded as bad, therefore (this argument goes), unions are bad.

What this argument misses out on is why collusion is generally regarded as bad. The typical case for collusion is between large corporations, each of which already controls a large share of the market—collusion then allows them to act as if they control an even larger share, potentially even acting as a monopoly.

Labor unions are not like this. Literally no individual laborer controls a large segment of the market. (Some very specialized laborers, like professional athletes, or, say, economists, might control a not completely trivial segment of their particular job market—but we’re still talking something like 1% at most. Even Tiger Woods or Paul Krugman is not literally irreplaceable.) Moreover, even the largest unions can rarely achieve anything like a monopoly over a particular labor market.

But that, by itself, wouldn’t be enough to justify unions. While small family businesses banding together in collusion is surely less harmful than large corporations doing the same, it would probably still be a bad thing, insofar as it would raise prices and reduce the quantity or quality of products sold. It would just be less bad.

And corporations, it turns out, already have a great deal of bargaining power. While a labor union acts as something like a monopoly (or at least oligopoly), corporations act like the opposite: oligopsony or even monopsony.

Thus, unions really exist as a correction mechanism for the excessive bargaining power of corporations. Most unions are between workers in large industries who work for a relatively small number of employers, such as miners, truckers, and factory workers. (Teachers are also an interesting example, because they work for the government, which effectively has a monopsony on public education services.) In isolation they may seem inefficient; but in context they really exist to compensate for other, worse inefficiencies.

We could imagine a world where this was not so: Say there is a market with many independent buyers who are unwilling or unable to reliably collude, and they are served by a small number of powerful unions that use their bargaining power to raise prices and reduce output.

We have some markets that already look a bit like that: Consider the licensing systems for doctors and lawyers. These are basically guilds, which are collusive in the same way as labor unions.

Note that unlike, say, miners, truckers, or factory workers, doctors and lawyers are not a large segment of the population; they are bargaining against consumers just as much as corporations; and they are extremely well-paid and very likely undersupplied. (Doctors are definitely undersupplied; with lawyers it’s a bit more complicated, but given how often corporations get away with terrible things and don’t get sued for it, I think it’s fair to say that in the current system, lawyers are undersupplied.) So I think it is fair to be concerned that the guild systems for doctors and lawyers are too powerful. We want some system for certifying the quality of doctors and lawyers, but the existing standards are so demanding that they result in a shortage of much-needed labor.

One way to tell that unions aren’t inefficient is to look at how unionization relates to unemployment. If unions were acting as a harmful monopoly on labor, unemployment should be higher in places with greater unionization rates. The empirical data suggests that if there is any such effect, it’s a small one. There are far more important determinants of unemployment than unionization. (Wages, on the other hand, show a strong positive link with unionization.) Much like the standard prediction that raising minimum wage would reduce employment, the prediction that unions raise unemployment has largely not been borne out by the data. And for much the same reason: We had ignored the bargaining power of employers, which minimum wage and unions both reduce.

Thus, the justifiability of unions isn’t something that we could infer a priori without looking at the actual structure of the labor market. Unions aren’t always or inherently good—but they are usually good in the system as it stands. (Actually there’s one particular class of unions that do not seem to be good, and that’s police unions: But this is a topic for another time.)

My ultimate conclusion? Yes, unions are a form of collusion. But to infer from that they must be bad is to commit a Noncentral Fallacy. Unions are the good kind of collusion.

Monopsonistic labor markets are one of the reasons why raising minimum wage seems to have very little effect on employment.
In the presence of monopsony, forcing employers to increase wages won’t cause them to fire workers; it will just eat into their profits. In some cases it can actually cause them to hire more workers. 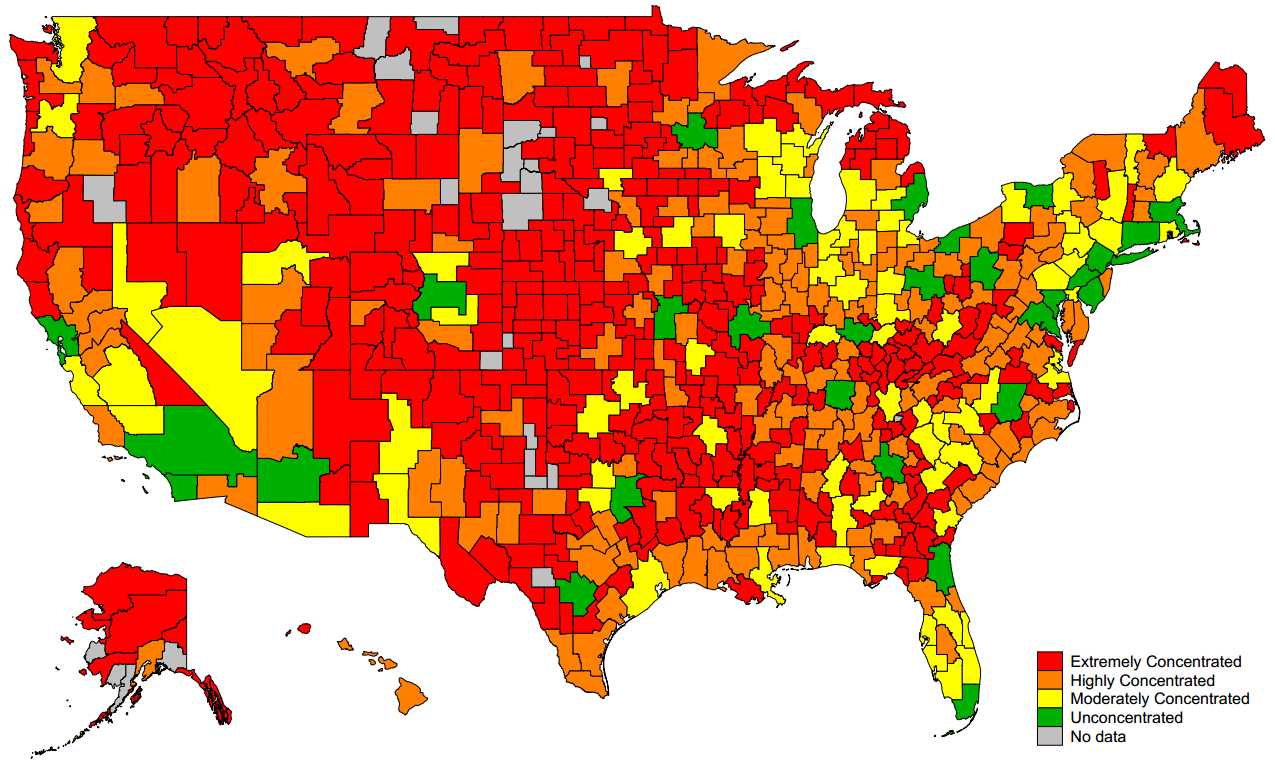