As all my American readers will know (and unsurprisingly 79% of my reader trackbacks come from the United States), today is Independence Day. I’m curious how my British readers feel about this day (and the United Kingdom is my second-largest source of reader trackbacks); we are in a sense celebrating the fact that we’re no longer ruled by you.

Every nation has some notion of patriotism; in the simplest sense we could say that patriotism is simply nationalism, yet another reflection of our innate tribal nature. As Obama said when asked about American exceptionalism, the British also believe in British exceptionalism. If that is all we are dealing with, then there is no particular reason to celebrate; Saudi Arabia or China could celebrate just as well (and very likely does). Independence Day then becomes something parochial, something that is at best a reflection of local community and culture, and at worst a reaffirmation of nationalistic divisiveness.

But in fact I think we are celebrating something more than that. The United States of America is not just any country. It is not just a richer Brazil or a more militaristic United Kingdom. There really is something exceptional about the United States, and it really did begin on July 4, 1776.

In fact we should probably celebrate June 21, 1789 and December 15, 1791, the ratification of the Constitution and the Bill of Rights respectively. But neither of these would have been possible without that Declaration of Independence on July 4, 1776. (In fact, even that date isn’t as clear-cut as commonly imagined.)

What makes the United States unique?

From the dawn of civilization around 5000 BC up to the mid-18th century AD, there were basically two ways to found a nation. The most common was to grow the nation organically, formulate an ethnic identity over untold generations and then make up an appealing backstory later. The second way, and not entirely mutually exclusive, was for a particular leader, usually a psychopathic king, to gather a superior army, conquer territory, and annex the people there, making them part of his nation whether they wanted it or not. Variations on these two themes were what happened in Rome, in Greece, in India, in China; they were done by the Sumerians, by the Egyptians, by the Aztecs, by the Maya. All the ancient civilizations have founding myths that are distorted so far from the real history that the real history has become basically unknowable. All the more recent powers were formed by warlords and usually ruled with iron fists.

The United States of America started with a war, make no mistake; and George Washington really was more a charismatic warlord than he ever was a competent statesman. But Washington was not a psychopath, and refused to rule with an iron fist. Instead he was instrumental in establishing a fundamentally new approach to the building of nations.
This is literally what happened—myths have grown around it, but it itself documented history. Washington and his compatriots gathered a group of some of the most intelligent and wise individuals they could find, sat them down in a room, and tasked them with answering the basic question: “What is the best possible country?” They argued and debated, considering absolutely the most cutting-edge economics (The Wealth of Nations was released in 1776) and political philosophy (Thomas Paine’s Common Sense also came out in 1776). And then, when they had reached some kind of consensus on what the best sort of country would be—they created that country. They were conscious of building a new tradition, of being the founders of the first nation built as part of the Enlightenment. Previously nations were built from immemorial tradition or the whims of warlords—the United States of America was the first nation in the world that was built on principle.

It would not be the last; in fact, with a terrible interlude that we call Napoleon, France would soon become the second nation of the Enlightenment. A slower process of reform would eventually bring the United Kingdom itself to a similar state (though the UK is still a monarchy and has no formal constitution, only an ever-growing mountain of common law). As the centuries passed and the United States became more and more powerful, its system of government attained global influence, with now almost every nation in the world nominally a “democracy” and about half actually recognizable as such. We now see it as unexceptional to have a democratically-elected government bound by a constitution, and even think of the United States as a relatively poor example compared to, say, Sweden or Norway (because #Scandinaviaisbetter), and this assessment is not entirely wrong; but it’s important to keep in mind that this was not always the case, and on July 4, 1776 the Founding Fathers truly were building something fundamentally new.

Of course, the Founding Fathers were not the demigods they are often imagined to be; Washington himself was a slaveholder, and not just any slaveholder, but in fact almost a billionaire in today’s terms—the wealthiest man in America by far and actually a rival to the King of England. Thomas Jefferson somehow managed to read Thomas Paine and write “all men are created equal” without thinking that this obligated him to release his own slaves. Benjamin Franklin was a misogynist and womanizer. James Madison’s concept of formalizing armed rebellion bordered on insanity (and ultimately resulted in our worst amendment, the Second). The system that they built disenfranchised women, enshrined the slavery of Black people into law, and consisted of dozens of awkward compromises (like the Senate) that would prove disastrous in the future. The Founding Fathers were human beings with human flaws and human hypocrisy, and they did many things wrong.

But they also did one thing very, very right: They created a new model for how nations should be built. In a very real sense they redefined what it means to be a nation. That is what we celebrate on Independence Day. 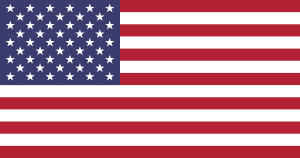